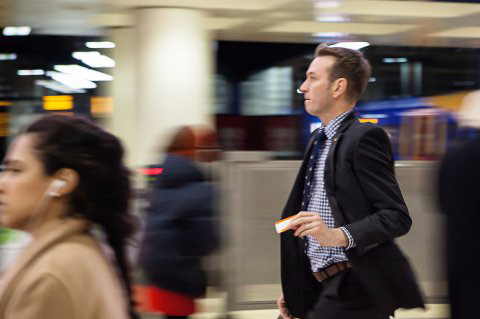 In 2008, Goldman Sachs launched a mid-career internship program: the “returnship.” Since then, other major financial companies like MetLife, JP Morgan Chase, and Morgan Stanley, along with technology and engineering companies such as IBM and General Motors, have embraced the concept of the return internship. A return internship, or re-entry program, is a temporary, mid-career internship meant to assist people who spent significant time out of the workforce — for childcare, to pursue a personal interest, or for personal health reasons — to gain the skills they need to return to work. For companies, it’s a way to recruit highly qualified mid-career professionals, and for workers, it is a chance to get a foot in the hiring door. Goldman Sachs’ 10-week, paid program offers highly qualified candidates opportunities to work in a variety of divisions and in a number of locations globally. The program is increasingly popular and competitive — The Atlantic reports that Goldman receives hundreds of applications for 20 or 30 spots per year, and half of its returnship participants go on to work full-time upon completion of the program. Credit Suisse launched its own program in 2014. “Real Returns” is paid and runs for 12 weeks, and along with networking opportunities and training, the program offers mentorship and guidance from colleagues. You’ll find similar programs at JP Morgan Chase (“ReEntry”), Morgan Stanley (“Return to Work”), and MetLife (ACT2). “Re-entry programs are proliferating because they work,” Carol Fishman Cohen, CEO of career re-entry firm iRelaunch, told Business Insider via email. iRelaunch partnered with the Society of Women Engineers in 2015 to launch the STEM Reentry Task Force, which recruits tech and engineering professionals for internships. Since 2008, iRelaunch has organized the Return to Work Conference each year, which is sponsored by companies in order to meet “high-caliber returning professionals and get educated on the best practices for hiring relaunchers.” What’s in it for companies? Cohen said companies use these internships as a “testing ground” which “lowers the perceived risk of engaging with the return-to-work pool. Not only can the company evaluate the intern based on an actual work sample instead of a series of interviews, but the company does not have to make the permanent hiring decision until the internship period is over.” She also said the ‘relauncher’ demographic is broadening to include men who have taken leave to provide childcare, in addition to both women and men who have taken career breaks for reasons that have nothing to do with childcare: eldercare, pursuing a personal interest, or a personal health issue. It’s not just Wall Street offering return internships. IBM offers “Tech Reentry” and General Motors offers “Take-2 Career,” which received roughly 400 applicants for 10 internship spots last year, as reported by The Atlantic. In 2016, a nonprofit organization called Path Forward, a spin-off of the software company Return Path, launched a re-entry program which works with big tech companies to recruit professionals for internships. While open to men and women, the program actively targets women to recruit them into the tech industry. “These women are passionate, motivated, and hungry to get back to work,” Tami Forman, executive director of Path Forward, told Business Insider via email. “The opportunity for companies to tap into this pool of talent is really incredible.” Forman said women are disproportionately penalized because they are more likely to take time off work. A 2014 poll by the New York Times, CBS News, and the Kaiser Family Foundation on nonworking adults ages 25 to 54 found that 61% of women stay home due to family responsibilities, compared to only 37% of nonworking men. Many women see re-entry programs as a way to rejoin and advance in the financial services and technology sectors. “That said, we have had a former stay-at-home dad in our program and we are very open to serving men who’ve taken a break from their career to focus on caregiving,” Forman said. Path Forward has worked with 20 companies, including PayPal, Coursera, domain registrar company GoDaddy, and customer service software company Zendesk to recruit professionals to internship programs. This year’s participants will intern at AppNexus, an ad management software provider, and Quantcast, a digital marketing company, among others. Path Forward reports that more than 50 women have graduated from its re-entry programs and of those, 80% were hired by the companies they interned for and 90% are now employed. The rate of interns who get hired full time after completing programs at Goldman Sachs, MetLife, Credit Suisse, JP Morgan and Morgan Stanley has ranged from 50% to as high as 90% depending on the program and year, reported the International Business Times. The financial sector programs continue to expand domestically, internationally and across business lines. The return internship seems to be working.